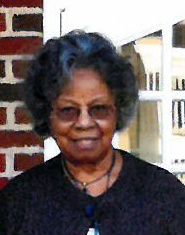 On November 26, 2015, the morning of Thanksgiving, God sent His angels to bring our sweet mother Lorena Simpson-Andrus home. She passed away at 83 years old with her children, grandchildren and great-grandchildren by her side.
A Mass of Christian Burial will be held to celebrate her life December 5, 2015 at noon in the Sunrise Chapel at Walters Funeral Home. Father Gary Schexnayder, pastor of St.Elizabeth Seton Church, will be the celebrant of the mass and conduct the funeral services. Nadia Charles, Lauryn Starring and Breanye Starring will be the lectors and gift bearers; Karen Broussard the musician. Interment will follow the mass in Calvary Cemetery.
Lorena was born to the former Mercedes Williams and Lee Simpson on December 6, 1931. She married Arista Andrus and had four children. She opened the first African American daycare center, Andrus Nursery School, in the 1960s and operated it for many years before joining her husband in opening the Quality Lounge. She enjoyed meeting people and having good conversations.
She was a loving wife, mother, grandmother, great-grandmother, sister, and aunt. She was an active member of the Knights of Peter Claver Ladies' Auxiliary, Little Theresa Court #11, and enjoyed working in her yard, talking on the phone, and spending time with her grandchildren.
She leaves behind to cherish her memory and mourn her absence her two daughters, Lorenza Andrus (James) and Carolyn Andrus-Boutte (Macain); one son, Derrick Andrus (Trimaine); three grandchildren, Robin Mouton Starring, Johnathan Andrus and Carl Cox, Jr.; three great-grandchildren, Nadia Charles, Breanye Starring and Lauryn Starring; two sisters, Eunice Bernice White of Baton Rouge and Mary Yolande Abrams (Alcide) of San Francisco; two sisters-in-law, Majorie Simpson and Edmonia Brown of Carencro; one brother-in-law, Ferris Andrus of Grand Coteau; and one aunt, Verna Mae Williams; her loyal K-9 companion, Puff-Puff; and a host of loving nieces, nephews, relatives, and good friends.
She was preceded in death by her husband of 60 years, Arista Andrus; one son, Junius Andrus; her parents; three brothers, Dalton Simpson, Clifton Simpson and Weston Simpson; two sisters, Ella Mae Simpson-Comeaux and Loretta Simpson, and one sister-in-law, Anna Simpson.
The family requests that visitation be held Saturday, December 5, 2015 from 8:00 am until time of service. A rosary will be prayed Saturday morning at 9:30 am.

To order memorial trees or send flowers to the family in memory of Lorena Andrus, please visit our flower store.