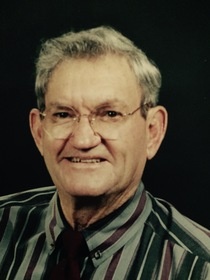 “Those who trust in the Lord will find new strength. They will soar high on wings like eagles. They will run and not grow weary. They will walk and not faint.” Isaiah 40:31
Louis Bourque, age 79, a lifelong resident of Judice, went to meet his loved ones in heaven on  Dec. 6, 2015.
Funeral services will be held Wednesday, December 9, 2015  at 1:00 pm in Walters Funeral Home. Family and friends will officiate the service, sharing loving memories and inviting others to share also. Please be prepared with a short story or message to be read. Interment will follow the funeral service in Greenlawn Memorial Gardens.
Louis is survived by his wife, Vivian Savant Bourque; two daughters, Deborah Ann Magruder and Roxanne Marie Slade; three grandchildren, Terin Gary, Shane Picard, and Amy Warner; six great grandchildren, Cami, Kylie, Bella, Beau Louis, and Evie; one sister, Annabelle Bourque; and four brothers, Edward Bourque Sr, Joseph Bourque, Jean Bradley Bourque and John Mabry Bourque.
He was preceded in death by his first love and beloved wife Merlene Leblanc Bourque; his only son Randall Louis; his parents, five brothers and two sisters.
Louis loved the Monday men’s meetings at Melvin’s,  riding his tractor, camping, growing his own garden and sharing the bounty with friends and family, riding his golf cart to visit family, sitting in his favorite chair “My Baby” under the carport and “watching the world go by”!  He was the best darn welder and friend around.
Pallbearers will be Tommy Douet, David Magruder, Dan Slade, Shane Picard, Bill Amy, and Colby Gary.  Honorary pallbearers will be David Picard and Nathan Warner.
Visitation will be held Wednesday morning at 8:00 am until time of service.
The family would like to extend their appreciation to Lamm Family Hospice and doctors and nurses of Lafayette General Hospital.

To order memorial trees or send flowers to the family in memory of Louis Bourque, please visit our flower store.