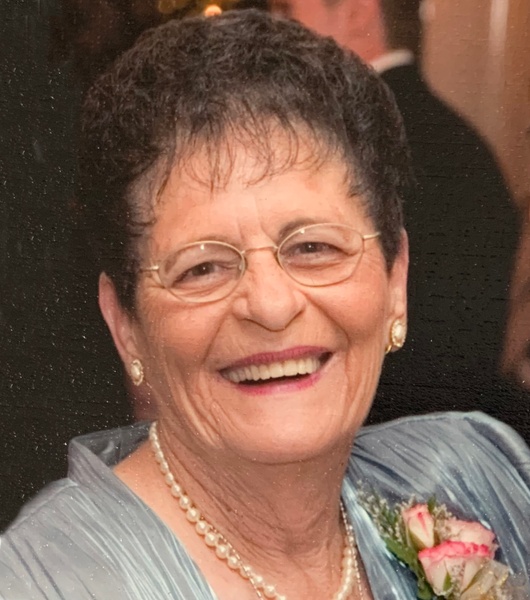 Funeral services will be held Friday, February 18, 2022 at 2:00 pm in the Sunrise Chapel at Walters Funeral Home for Lucille "T-Lou" Fabacher, 84, who passed away February 16, 2022 at her residence. Deacon Cody Miller will officiate the funeral services. Monique Fabacher and Paulette Alleman will be the lectors; Hannah Dudley and Rebekah Herrera will perform musical selections. Interment will follow the service in Calvary Cemetery.
Survivors include her husband, Robert Fabacher Sr. of Lafayette; two sons, Robert J. (Monique) Fabacher Jr. of Broussard, and Brad J. (Jan) Fabacher of Lafayette; one daughter, Susan F. (Kevin) Sonnier of Youngsville; six grandchildren, Dustin (Karen) Angelle, Chase (Bridgette) Sonnier, Chelsea (Joseph) Kern, Hannah (Zachary) Dudley, Rebekah (Christobal) Herrera, and Haley Fabacher; and three great-grandchildren, Collin Angelle, Lucy Angelle, and Lillian Kern.
She was preceded in death by her parents, the former Lydia Domingue and Eugene Fournier; one daughter, Cindy Angelle; her mother-in-law, Alix Prejean Fabacher; and two sisters, Beatrice Andrus and Savannah Fabacher.
T-Lou was born in Lafayette in 1937 where she remained a lifelong resident. She graduated from Lafayette High School in 1955, and began working at First National Bank later the same year. She married the love of her life, Robert, in 1957, who has been the ultimate husband, best friend, and care giver to Lou. They had four children together. She retired from the banking industry in 1979 to enjoy time with her family.
T-Lou spent most of her life worrying about everyone else. Her family was most important to her; she made it a priority to attend school and sports activities for her children, grandchildren, and great-grandchildren. She was also an excellent caregiver for her parents, daughter, and sisters as they approached the end of their lives.
Pallbearers for T-Lou's service will be Robert J. Fabacher Jr., Brad J. Fabacher, Dustin Angelle, Chase Sonnier, Joseph Kern, Zachary Dudley, Cristobal Herrera, and Kevin Sonnier. Honorary pallbearers include Collin Angelle, Perry Guidry, Danny Fabacher Jr., and Barry Fabacher.
The family requests that visitation be held on Friday between the hours of 8:00 am - 2:00 pm at Walters Funeral Home. A rosary will be led by Pamela Burley at 11:00 am.
Special thanks are given to Roxann Hayes Roy, Hospice of Acadiana, and Dr. Phillip Pruett & staff for their care and compassion shown to T-Lou and her family.
Memorial contributions can be made to Hospice of Acadiana at www.hospiceacadiana.com/donate.
Words of condolence may be expressed online at www.waltersfh.com.
Walters Funeral Home, 2424 N. University Ave., Lafayette, LA 70507; 337.706.8941 is in charge of arrangements.

To order memorial trees or send flowers to the family in memory of Lucille "T-Lou" Fabacher, please visit our flower store.