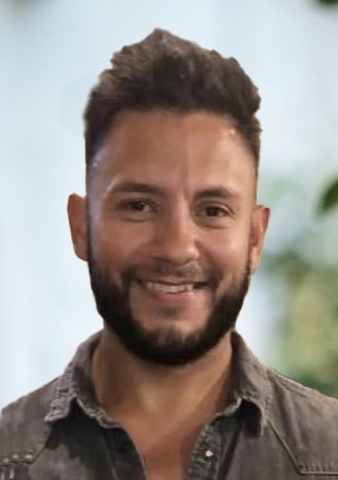 Funeral services will be held Tuesday, April 26, 2022 at 1:00 pm in the Sunrise Chapel at Walters Funeral Home for Luke LaGrange, 41, who passed away on April 17, 2022.  Father Bryan Taylor, Pastor of St. Genevieve Catholic Church, will officiate the funeral ceremony.  Interment will be in Calvary Cemetery immediately following the service.

He was preceded in death by his father, Bobby LaGrange;  his maternal grandparents, Victoria and Giorgio Gottardi;  and his paternal grandfather, Preston LaGrange.

Luke loved life and people, and gave joy to so many.  He was highly intelligent, funny, and had a fantastic sense of style.  Having no children of his own, Luke had a special connection with his niece and nephews, whom he adored.  Not only was he the “fun, cool uncle,” but he was a mentor and friend as well, who offered them inspiration and guidance.  While Luke enjoyed traveling the world, he absolutely loved coming home to his beloved city of New Orleans. He relished all that the city had to offer, from running in its parks, dining at fine restaurants, listening to live music, and attending sporting events. As a young child, he started following LSU Football and the New Orleans Saints with his father and brother, and continued to do so passionately throughout his life. In spite of his many interests, his greatest fulfillment in life, however, came from his devotion to his family and loyalty to his wide circle of friends.

Luke was an Honor Graduate of  the Teurlings Catholic High School Class of 1999.  He attended the University of Louisiana at Lafayette, where he was a member of Sigma Alpha Epsilon Fraternity, and went on to graduate with honors in 2003.  He was subsequently employed as an Industrial Sales Engineer, a career in which he enjoyed tremendous success for many years.

The family would like to extend special thanks to Tannya Aguilera for the love and care she showed Luke in the time she knew him.

To order memorial trees or send flowers to the family in memory of Luke LaGrange, please visit our flower store.