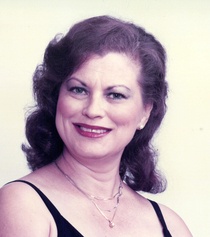 A memorial service will be held at 2:00 pm on Wednesday, January 11, 2017 at the Bayou Church for Lurlene M. Day, 76, who passed away January 3, 2017 at her residence. Reverend Gary Funderberk, the family's pastor, will officiate the service. Inurnment will be the following day in Calvary Cemetery.
Survivors include her husband, S.L. "Mike" Day of Lafayette; two sons, Mark (Roma) Conner of Houston and Wade Conner of Portland, Ore.; one step-son, Smith (Mary) Day of Slidell; two step-daughters, Bonita (Matthew) Redding of New Orleans and Anita (Victor) Kelly of Fairfax, Vir.; three grandchildren, Alexander, Andrea, and Nicole Conner; and six step-grandchildren, Stratton and Keaton Day, Atticus and Wyatt Redding, Lily Gernon, and Annabel Phillips.
She was preceded in death by her parents, the former Lucy Miller and Adras Pitre; and one sister, Juanita Guillory.
Lurlene was a native of Jennings and resident of Lafayette since 1972. She worked as a teller in numerous banks around the Lafayette area, and was the Executive Director of the Gatehouse Foundation.
Visitation will be held from 12:00 - 2:00 pm at the Bayou Church prior to the service on Wednesday.

To order memorial trees or send flowers to the family in memory of Lurlene Day, please visit our flower store.