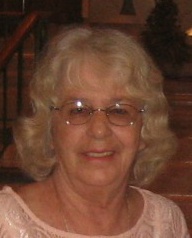 A Mass of Christian Burial will be held at 10:00 a.m. on Tuesday, September 13, 2016 at Walters Funeral Home in the Sunrise Chapel for Lynda Sue Duhon, 69, who passed away on Saturday, September 10, 2016.  The Reverend Gary Schexnayder, Pastor of St. Elizabeth Seton Catholic Church, will officiate the ceremony.  Interment will take place at Greenlawn Memorial Gardens immediately following the funeral mass.
Lynda is survived by her husband, Donald J. Duhon of Carencro;  one daughter, Leigh Welch of Lafayette;  one son, James Jackson of Scott;  and three step-daughters, Melanie Netto and her husband Mike of Carencro,  Rainie Romero and her husband Clyde of Dallas,  and Meagan Duhon of Caddo Mills, TX;  one brother, Harley Cummings and his wife Sara of Tulsa, OK;  two grandchildren, Hunter Welch of Lafayette, and Hailey Welch of Lafayette;  five step-grandchildren, Adam Duhon, Kyler Girouard, Trey Craig, Michael Craig, and Christopher Vystercil;  one nephew, Jeff Cummings of Tulsa, OK;  and three nieces, Lori Peterson, Lisa Biehl, and Jennifer Cummings.
She was preceded in death by one daughter, Melissa Schieffler;  her parents, Dorothy and Jasel Cummings;  one sister, Harleen Turner;  and one brother, Butch Cummings.
A native of Borger, TX, Lynda was a resident of Carencro for 16 years.  She was a member of the Bell South Pioneers, and worked as a dispatcher at Bell South for 30 years.
Pallbearers will be Hunter Welch, Grant Matte, Mike Netto, Randy Netto, Adam Duhon, and Kevin Netto.  Honorary Pallbearers are James Jackson and Hailey Welch.
The family requests that visitation hours be observed on Monday, September 12, 2016 from 3:00 p.m. until 9:00 p.m., and on Tuesday, September 13 from 8:00 a.m. until time of service.  A rosary will be recited by Bonita Blanchard on Monday evening at 7:00 p.m.
Memorial contributions can be made in her name to Miles Perret Cancer Services,  2130 Kaliste Saloom Road,  Suite 200,  Lafayette, LA,  70508.

To order memorial trees or send flowers to the family in memory of Lynda Duhon, please visit our flower store.