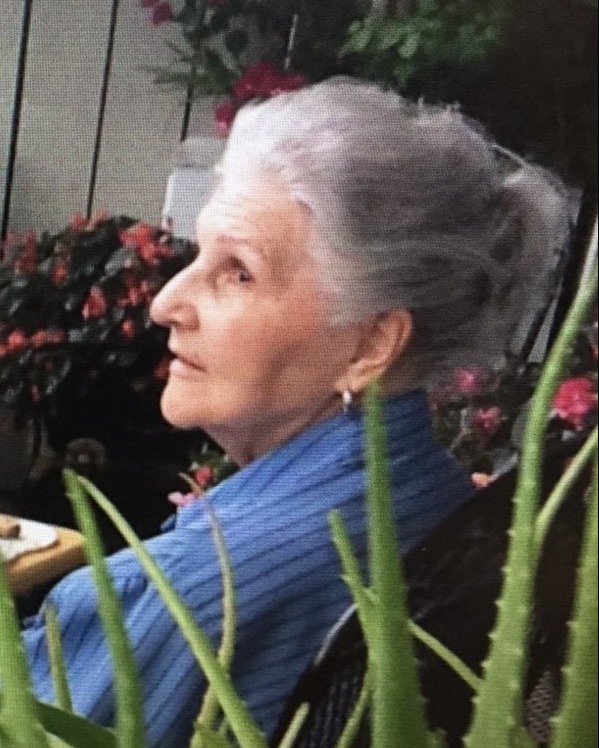 A Mass of Christian Burial will be held at 10:00 AM on Saturday, October 22, 2022, at St. Mary Catholic Church in Lafayette (419 Doucet Road in Lafayette), for Marcella Moss Baliles, 96, who passed away Friday, October 7, 2022, at Magnolia Estates. Interment will follow at Greenlawn Memorial Gardens (2300 North University Avenue in Lafayette). Very Reverend Thomas Voorhies, VF, Pastor of Sacred Heart Catholic Church, Ville Platte, will be the Celebrant of the Mass and conduct the funeral services. Bess Arceneaux Trahan, vocalist, accompanied by Jude Gaspard, will sing for the service, “Amazing Grace,” “Hail Mary, Gentle Woman,” “Be Not Afraid,’ and “On Eagles Wings.” The family will receive friends and family at the church beginning at 8:30am until time of service.

Marcella, the daughter of the James Joseph Moss, Sr. and the former Elizadie Broussard, both of Lafayette, was a native and resident of Lafayette.

As a young girl Marcella moved to Maryland to live with one of her father’s brothers George and his wife Joyce Moss. After finishing school, she went to work for the government in the Civil Service Department and upon her retirement was Chief of the Passport Division for the United States.

It was after her retirement that she and her second husband Walter moved to Lafayette to help her sister Carita care for their mother and brother Johnny. With the passing of her mother, brother Johnny and husband Walter, their sister Doris moved to the family home which became affectionately known as the Aunt Hill.

Survivors include her two sisters-in-law, Rose Robin Moss, Joyce Bourque Moss, and many nieces and nephews.

In lieu of flowers, memorial contributions may be made to the Carmelite Monastery, 1250 Carmel Drive, Lafayette, LA 70401; or the charity of individual choice.

To order memorial trees or send flowers to the family in memory of Marcella Baliles, please visit our flower store.