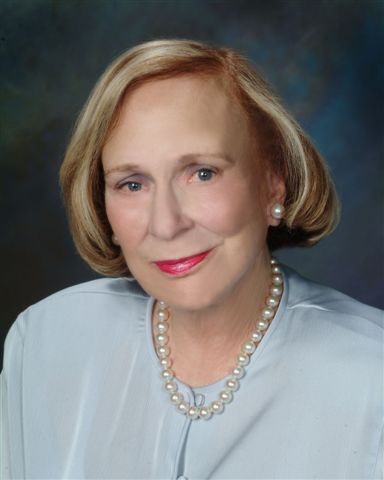 A Mass of Christian burial will be held at 1:30 p.m., Wednesday, March 7, 2018 at the Cathedral of St. John the Evangelist for Marcelle Fortier Citron, age 91, who died peacefully in her home surrounded by family Saturday, March 3, 2018.  The Mass will be prayed by the Reverend Michael Delcambre, Pastor of Sacred Heart of Jesus Church in Broussard.  Lectors will be Jon Citron and Ashley Citron.  Gift bearers will be Brooks Citron, Michelle Citron, Jessica Citron, Hollie Citron, April Broussard and Seth Citron.  Soloist will be Jodi Bollich accompanied by organist, Tom Neil.

A native of New Orleans, Marcelle was a resident for 70 years in Lafayette where she was co-owner and vice-president of Hub City Ford.  She was not afraid of death, loved life and was a mother to all who met her.  She had many hobbies and among her collections were matches, soap, baseball cards and ashtrays from across the world.  She enjoyed fishing and had a passion for LSU baseball having attended several college world series.

When asked what her greatest accomplishment was, she would say that her Catholic education from Ursuline in New Orleans and Sacred Heart in Grand Coteau made her life complete.  Among religious accomplishments, she was responsible for starting the Women’s Cursillo in Prairie Rhonde. Her life was dedicated to the needs of the poor.

In 1987, Marcelle founded Foodnet, the Greater Acadiana Food Bank. Presently, Foodnet has representatives in 20 cities in nine parishes in Acadiana.  She went on to found Project RX in 1989, a free prescription drug program to aid the needy. In 1990 she was honored as “Outstanding Woman” by Business and Professional Women and was also named as the prestigious Lafayette Civic Cup recipient.

She has been a member of the Lafayette Rotary Club 1991 to present, where she served as a Board Member and Community Service Chairperson.  She donated four Paul Harris Fellowship Grants and was named Rotarian of the Year for 1991-1992.

Other accomplishments include: 1993 Chairman of the Monsignor Alexander O. Sigur Foundation, an organization that fosters Catholic Boy Scouts and vocations to the priesthood; 1995-2003, Our Lady of Lourdes Hospital Board Member; 2005, Jefferson Award on the local level to act as Ambassador for Louisiana representing Louisiana in Washington, D.C. at the celebration in June of that year; 2006; Ford Motor Company “Salute to the Dealer” award where eight dealers out of 9,000 are recognized; 2010 her name was added to the “Women of Excellence” list awarded by the Lafayette Commission for the Needs of Women; 2012; Upper Lafayette’s Lafayette Economic Development Foundation “Philanthropist of the Year”; and also in 2012 Lafayette General Hospital honored her as founder of the Lafayette General Auxiliary who were 50 years ago known as the Pink Ladies and Candy Stripers.

A rosary will be recited Tuesday evening at 6 p.m. in the Sunrise Chapel at Walters Funeral Home.

The Citron family would like to thank Marcelle’s caregiver and best friend of 30 years, Georgette Omoregebee and also the members of Quality of Life Services who cared for her the past four years. In particular, their thanks go to John and Kathryn Williams, owners; Ashley Pillars, Naomi Thomas, Carilyn Bonnet, Contessa Breaux, Sabré Saradet, Ashley Tate Miller, Jonathan Cascarat (J.C.) and Candice Perrodin.  Acknowledgement also goes to the staff of Heart of Hospice.

Condolences to the Citron family can be expressed at www.waltersfh.com.

To order memorial trees or send flowers to the family in memory of Marcelle Citron, please visit our flower store.