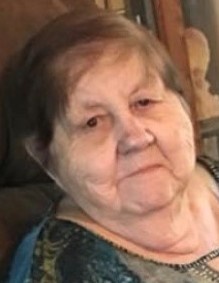 A Mass of Christian Burial will be held at 2:00 p.m. on Friday, August 28, 2020 in the Sunrise Chapel at Walters Funeral Home for Marie Louise Thibodeaux Grossie, 87, who passed away on Sunday, August 23, 2020.  Father Brian Taylor, Pastor at St. Genevieve Catholic Church, will officiate the funeral ceremony.

Her past time was doing word search puzzles and spending time with friends and family.

The family would like to send special thanks to Dr. Henry Kaufman, Our Lady of Lourdes Regional Medical Center Emergency Room and the 4th Floor staff, as well as Amy Green with Hospice of Acadiana.

Memorial contributions can be made in Marie's name to Hospice of Acadiana (2600 Johnston Street, Lafayette LA, 70503).

To order memorial trees or send flowers to the family in memory of Marie Louise Thibodeaux Grossie, please visit our flower store.