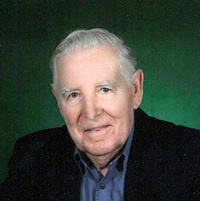 A Mass of Christian Burial will be held Thursday, September 5, 2013 at 11:00 am in Sts. Peter and Paul Catholic Church for Marion John Andrus, 83, who passed away at his residence surrounded by family on September 2, 2013. Father Thomas Voorhies, pastor of Sts. Peter and Paul will officiate the mass and conduct the funeral service. Lectors will be Laurel Cashman Bach and Amee Andrus McDonald; giftbearers will be Francisco Andrus, Eva McDonald, Breland Bach, and Dr. Heloiza Barbosa. Robert M. Andrus will deliver the eulogy. Interment will follow in Sts. Peter and Paul mausoleum.

From very humble beginnings, Marion John Andrus, an ordinary South Louisiana man of Irish, Acadian, and Native American ancestry accomplished extraordinary things. Marion was born on October 10, 1929 in Grand Coteau  As one of 15 children of a sharecropper and his wife, Marion had little opportunity for an education.  Yet, even as a young child he was determined to make things better for himself and those he cared about.  While attending elementary public school in Grand Coteau, he had friends who attended St. Ignatius Catholic School.  Marion decided he did not like being in public school and followed his friends to St. Ignatius where he began attending class.  He was befriended by the parish priest who made sure Marion received a biscuit each day at lunchtime.  He struggled in school, but seemed to grasp arithmetic quite well. This innate skill was to prove invaluable later in life as he worked in the business world.

Marion’s parents, Ben and Felicia Guillory Andrus, worked for several landowners in the Grand Coteau-Sunset area, then around 1947 moved to a Scott farm owned by Clay LeBlanc.  It was during this time Marion met a neighbor lady, Thecle Mae Latiolais.  They were married at Sts. Peter and Paul Catholic Church in Scott on April 10, 1948.

Together, Marion and Thecle Mae set out to build a life together in a tiny two-room house on the LeBlanc property.  Marion worked the farm with his father while Thecle Mae tended the garden and took care of the livestock.  With the much-appreciated assistance of Marion’s brother, Easton, who advanced Marion some money, he was able to buy a truck and began hauling sweet potatoes and local farm produce. This was the modest beginnings of a small successful trucking business which Marion operated until his retirement in 1995.  Along the way, Marion served as a buyer of sweet potatoes for Little and Co. and B.F. and expanded into the produce business, hauling watermelons and cantaloupes from the Rio Grande Valley and East Texas.

Marion found a niche for his trucking business within the nursery business, providing transport services to the large nurseries operating in South Louisiana such as Kent’s Nursery and Grandview Nursery in Youngsville and LaFleur’s Nursery in Washington.  His trucking rigs with Louisiana Nursery Stock boldly scripted along the sides of his trailers were a familiar sight on Louisiana and Texas highways.  The trucks were his passion; he enjoyed the buying and selling process and maintaining his fleet.

After retiring, Marion spent his time visiting family and friends, traveling to Branson, Missouri at the insistence of his sister in law, Lita Andrus and her family. Marion adored his grandchildren; he supported them as they exhibited Limousin cattle, Arabian and Paint horses at local, state, and national shows.  His Parenton grandson was his “trucking buddy” and Marion took great delight and pride in teaching him about trucks and how they worked.   The two of them took many road trips to purchase trucks and trailers.  Robert Parenton was an avid baseball player and Marion followed his games faithfully.

Marion always treasured his large family and was honored in 1998 with a surprise birthday party attended countless family members and friends.  The invitations had suggested that gifts be “toy-related trucks” in honor of Marion’s many years in the trucking business.  He generously donated the piles of toy trucks to organizations for distribution to underprivileged children. Such was the generosity of this man who gave so freely to others.

Never the one to sit idle, after retiring, Marion became the “Sweet Potato Man” by using his contacts in the sweet potato packing business to buy and deliver to his family and friends the delicious and nutritious sweet potatoes.  This, of course, also gave him the opportunity to just get out of the house and visit with others.

Marion met the lovely Lou Wilda Sibille as orchestrated by his friend Ray Balinger and her friend Theresa Arceneaux.  Marion and Lou were present for the birth of his first great-grand child, Eva Grae McDonald.  After seeing each other for several years, his children finally told him that if he did not ask Lou to marry him, they would.  So on December 3, 2005, Marion and Lou were married in Church Point and then moved into his house in the country between Scott and Duson.

“Mama Lou” rather turned his life upside down as she convinced him to go on his first plane ride to attend the christening of his great-grand daughter, Breland Bach, in Portland, Oregon.  Months later, he again boarded a plane to fly to Boston to visit his great-grand son, Francisco Andrus.  Thus, he had the opportunity to not only see the next generation of his family, but to appreciate parts of this great country he had never seen before, including the Pacific and Atlantic Oceans.

Three years later, Marion, Lou, and Kathy Andrus were able to travel to Florianopolis, Brazil to spend time with his grandson, Cashman Andrus and his family, Heloiza and Francisco.  He experienced an entirely different culture and witnessed the daily life of his grandson and his family.  He often revisited that time through his many treasured pictures.

When Marion married Lou, he acquired a whole new family with the addition of Lou’s children, grandchildren, and her siblings.  All of the members of his new family welcomed Marion and included him in countless Venable and Sibille gatherings. Marion is survived by Lou’s children: Kenneth Venable of Church Point; Martin and April Venable and their son Miles of Houston; Julie and Eric Wingate and their sons James, Elliott, and Cooper of Church Point; Janet and Fred Dupre and their daughters Sydney and Shelby of Houston; and Kathryn and Wade Boudreaux and their children Drs. Eric and Claudette, Sarah, and Amy of Church Point.

Marion’s faith and belief was the foundation of his life and he attended services regularly at Sts. Peter and Paul in Scott.  When the church opened their school in 2007, Marion supported their efforts and was a firm believer in a Catholic education.

Until he was no longer able to leave his home, Marion would meet his “Coffee Buddies”, Vernon Rourke, Al Chaisson, Gene Robin, Robert Hernandez, and others at Cajan’s Café, McDonald’s, and The Depot in Scott for morning coffee and the “local gossip”. His “Coffee Buddies” have been good friends and continued to support and visit him throughout his illness.  Marion’s family appreciates them for their continued friendship and support.

Remaining to continue on his name, lessons, and legacy are his loving and devoted wife of 8 years, Lou Wilda Sibille; his son, Robert Michal Andrus and Edward Turner of Lafayette and his children, Patrick Cashman Andrus and his wife, Dr. Heloiza Barbosa and their son, Francisco Barbosa Andrus of  Floianopolis, Brazil and Boston, Massachusetts; Laurel Cashman and her husband Steven E. Bach and their daughter, Helena Breland Bach of Oklahoma City;  and Amelia Andrus and her husband Derek McDonald and their daughter, Eva Grae McDonald of Lafayette; his daughter, Kathleen Anne Andrus and her husband, Vernon L. Parenton of Baton Rouge and their son, Robert Scott Parenton of Huntsville, Alabama.

Roy) Dugas of Lafayette; Patricia (Wilson) Primeaux of Broussard; Emma (Louis) Constantine of Judice; and Ann Harris of Beaumont;  two sisters-in-law, Lita (LeRoy) and Rena (Lloyd) both of Lafayette; numerous nephews and nieces and other family and friends.

He was predeceased by his parents, Ben and Felicia Guillory Andrus; his first wife, Thecle Mae Latiolais in 1989; his favorite daughter-in-law, Patricia Cashman Andrus: his brothers, Adam, Bennett, Marshall, Easton, LeRoy, Lloyd, and John; and his sister Pearl (Valmond) Bernard.

Marion’s family wishes to express their gratitude to Drs. Lainie Moncada, Kenneth McCarron, Vernon Valentino, and Fernando Alemany and all medical personnel who cared for and treated him in his final illness.  The sitters of Mel’s Hearts of Gold, Cathy Walker, Crystal Hayward, Christine Bernard, and Neicey Hebert provided excellent and loving care to him. The wonderful staff of Amedisys Hospice provided care and support to Marion and his family through the joyful and sad days of his final time on this earth.

To order memorial trees or send flowers to the family in memory of Marion Andrus, please visit our flower store.