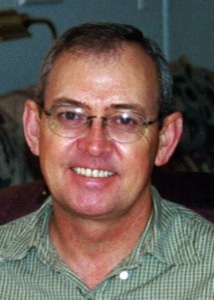 Private memorial services will be held on Sunday, January 29, 2012 at Walters Funeral Home for Mark Alvin Peschier, who passed away on January 25, 2012 at Lafayette General Medical Center.
He is survived by his wife Etta Elaine Peschier, his daughter Karrie Felts of Lafayette; his son Michael E. Peschier of The Woodlands, TX; two sisters, Margaret Boudreaux of Lafayette and Magdalen Turner of Milton; two brothers; Mitch Fournet of Sputsavania, VA and Michael Peschier, Jr. of Lafayette; and three grandchildren.
He was preceded in death by his parents, the former Mary Christine Hammond and Michael A. Peschier.
Mark was born and reared in Lafayette. He served in the United States Navy during the Vietnam Conflict, and later became a hydraulic mechanic in the aviation industry.
The family requests that memorial contributions be made to the Missionaries of Charity, 904 Jack Street, Lafayette LA 70501.

To order memorial trees or send flowers to the family in memory of Mark Peschier, please visit our flower store.