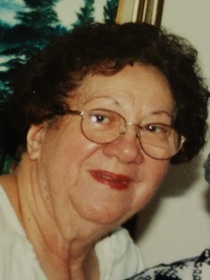 A Mass of Christian Burial will be held at 11:00 am on Wednesday, November 2, 2016 in the Sunrise Chapel at Walters Funeral Home for Mary D. Catalon , 92, who passed away October 29, 2016. Interment will follow the mass in St. John Cemetery.
Survivors include three daughters, Madonna (Bilal) Al-Soussi of Fremont, CA, Sharon (Anthony Haskin) Catalon of Lafayette, and Pamela (Daniel) Brewer of Lafayette; one sister, Lucille Ricard of New Orleans; four grandchildren, Derrick Bonnet, Erica Sobota, Brittany Griffin, and Shantonai Haskin; and three great-grandchildren, Gavin Griffin, Karsyn Griffrin, and Kaira Odds.
She was preceded in death by her husband, Alvin Catalon; her parents, Annie Lutecia and Heletaire Decuir; two brothers, Norman and Joseph Decuir; and one sister, Corinne Ricard.
Mary was a native of Batchelor, La. and resident of Lafayette for most of her life. She worked as a cafeteria lady for Cathedral Carmel School until her retirement.
Pallbearers will be Eric Decuir, Jason Decuir, Ralph Catalon, Terry Bonnet, Bilal Al-Soussi, and Derrick Bonnet.
The family requests that visitation be held from 7:00 am until time of services. A rosary will be prayed at 10:30 am.

To order memorial trees or send flowers to the family in memory of Mary Catalon, please visit our flower store.