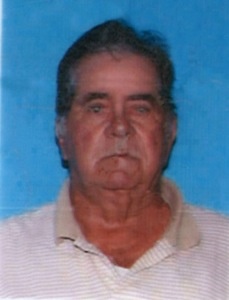 A Mass of Christian Burial will be held on Tuesday, February 19, 2013 at 2:00 p.m. in the Sunrise Chapel at Walters Funeral Home for Mervin Meaux, 73, who passed away February 17, 2013 at American Legion Hospital in Crowley. Father Brian Taylor, pastor of St. Genevieve Catholic Church will officiate the mass and conduct the funeral service. Interment will directly follow in Greenlawn Memorial Gardens.

He was preceded in death by his wife, Rebecca Clay Meaux; his parents, the former Alma Martin and Elie Meaux; his brother Ervin Meaux and his sister Mona Meaux.

Mervin was a native of Acadia Parish and resident of Rayne for most of his life. He worked for Doug Ashy for14 years prior to his retirement.

The family requests that visitation be held today from 1:00-8:00 p.m. in the Live Oak Room at Walters Funeral Home, and resume Tuesday morning at 8:00 a.m. until time of service. A rosary will be prayed tonight at 7:00 p.m. at the funeral home.

To order memorial trees or send flowers to the family in memory of Mervin Meaux, please visit our flower store.