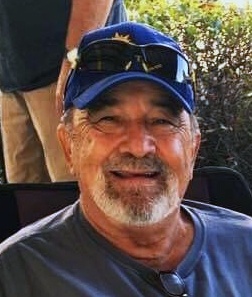 Funeral services will be held on Monday, June 28, 2021 at 4:00 pm in the Sunrise Chapel at Walters Funeral Home for Cecilia native Michael George Guidry, 76, who passed away June 24, 2021 at Our Lady of Lourdes Heart Hospital in Lafayette.
Deacon Robert Klingman will conduct the funeral services. Interment will follow in Holy Mary, Mother of God Cemetery in Lafayette, La.
A gathering of family and friends will take place at Walters Funeral Home on Sunday, June 27, 2021 from 2:00 - 7:00 pm, and resume 10:00 am on Monday morning until services. A rosary will be led by John Wayne "Jake" Prejean and Deacon Robert Klingman on Sunday evening at 5:00 pm.
He will be deeply missed by those he leaves behind including his wife of 52 years, Marlene Moore Guidry of Lafayette; two sons, Shannon Manning of Lafayette and Michael Todd Guidry and his girlfriend Rachael Kidder of Scott; beloved daughter Danielle Credeur and her husband Ron of Scott; eight grandchildren, Caiti Savoy, Jackson Manning, Morgan Sellers, Madison and Cole Guidry, and Sydney, Stevie, and Spencer Credeur; nine great-grandchildren, Auron, Evelyn, Isaac, and Ezra Savoy; Finley, Mary-Kate, and Baby Sellers; Tripp Bearb, and Tatum Potier; siblings, Caroll Guidry of Lafayette and V.J. Guidry of Galveston.; two godchildren, Daniel Guidry of Galveston and Devon Legnon of Youngsville; and numerous nieces and nephews.
Mr. Guidry served in the United States Army, achieving the rank of  Specialist E4. He loved music and played French horn in the army, having the honor of performing at President John F. Kennedy's funeral procession. Later in life he played stand-up bass in a jazz band.
In his civilian career he served as the Golf Manager at Jay and Lionel Hebert Golf Course for 25 years. Many people will remember him as "Coach Mike" from his years of dedicating his time and talent with the American Legion and Pius Athletic Association. He was very involved in booster clubs at Comeaux High School while his children attended, serving as president for years. In his free time he and his wife enjoyed camping, Mardi Gras festivities, and spending time with their family and friends. He was known for his sense of humor, his loyalty, his immense love for his grandchildren, great-grandchildren, and his dog Sneaux.
Mr. Guidry was preceded in death by his daughter Tammy Guidry; his parents Hilda and Luke Guidry; brothers Luke B. Guidry III, Robert Earl Guidry, and Kenneth Guidry; niece Laci Taquino; and in-laws, the former Leona Freemin and JC Moore.
Pallbearers for the service will be his sons Todd Guidry and Shannon Manning; grandsons Cole Guidry and Spencer Credeur; son-in-law Ron Credeur; and brother-in-law Kevin Moore. Honorary pallbearers will be his brother-in-law Chad Taquino; best friend Glenn Landry; and grandson Jackson Manning.
The family requests that memorial contributions be made in Michael's name to the LOPA Foundation, 68190 Hwy. 190 Service Rd., Covington, LA 70433.
The family extends special thanks to the doctors, nurses, and the entire staff of Our Lady of Lourdes Heart Hospital of Lafayette for their amazing compassion and heartfelt care for our Poppa.
Online condolences can be made to the family at www.waltersfh.com.
Walters Funeral Home, 2424 N. University Ave., Lafayette, LA 70507; 337-706-8941 is in charge of arrangements.

To order memorial trees or send flowers to the family in memory of Michael Guidry, please visit our flower store.