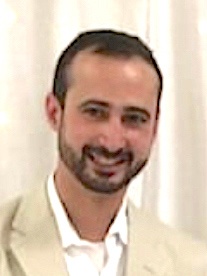 He was preceded in death by his father, Donald Guidry, Sr.;  his brother, Donald Guidry, Jr.; his maternal grandparents, Levie and Eddie Arceneaux;  his paternal grandparents, Joseph Guidry, and Odile Gaspard and her husband Willis Gaspard; one aunt, Betty Falcon;  one uncle, Dr. Lawrence “Biddy” Guidry;  and one brother-in-law, Andre’ Railey Holloway.

Michael graduated from the University of Louisiana at Lafayette in 2014 with a degree in Petroleum Engineering and was employed by Chevron.  He was a member of the Society of Petroleum Engineers and the UL Petroleum Alumni Association.

He enjoyed traveling, taking his children on adventures, and spending time with his family.

To order memorial trees or send flowers to the family in memory of Michael Guidry, please visit our flower store.