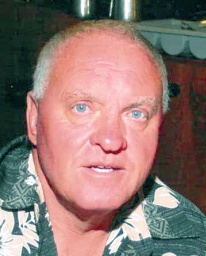 Michael “Mickey” "Mike" Eugene Hilander died unexpectedly of natural causes in his home on September 21st, 2016 in St. Martinville, Louisiana at the age of 73.

Mike is preceded in death by his son Michael “Chippy” Joseph Hilander;  his parents Harry and Ethel Hilander;  his grandparents, Joseph and Ethel Kwaterski; and his brother, Steve “Butch” Hilander.

Mike Hilander was born on October 26, 1942 in Sturgeon Bay, Wisconsin to Harry and Ethel Hilander.   He served in the Navy during the Vietnam War and was honorably discharged after 4 years. After moving to Huntington Beach, California, Mike began a successful vending machine business. His children remember him as a creative entreprenaur who dabbled in many self run companies such as Hi-Land construction.

He met Sheri Martin, his current wife in 1988, and they have been married for 28 years.

Mike enjoyed dirt bike and motorcycle riding, skiing, deep sea fishing, and golfing throughout his life. He was a determined individual who loved to work and who was passionate about travel and the Catholic Church. He was also an active and dedicated member of the Knights of Columbus.

Visitation will be held on Friday, September 23, 2016 at 11:30 a.m., with the funeral immediately following at 1:00 p.m. Both the service and the funeral will be held at First Baptist Church (1100 Lee Avenue,  Lafayette, LA, 70501) with a reception to follow at Mickey and Kathy Olivier’s home. All are welcome to attend and celebrate Mike's life. The family would like to thank the VA Hospital in Lafayette, LA. for their tireless care & dedication.

To order memorial trees or send flowers to the family in memory of Michael Hilander, please visit our flower store.