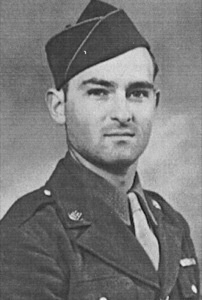 A Mass of Christian Burial will be held at 10:00 a.m. on Monday, February 4, 2013 in the Sunrise Chapel at Walters Funeral Home for Milton J. Meyers, 89, who passed away on Friday, February 1, 2013. The Reverend Brian Taylor, Pastor of St. Genevieve Catholic Church will officiate the ceremony and conduct graveside services. Jodi Bollich, organist and soloist, will perform "Amazing Grace_, "How Great Thou Art", "On Eagle_s Wings", and "Prayer of St. Francis._ Interment will take place immediately following the funeral mass at Greenlawn Memorial Gardens.

Milton, a native and resident of Lafayette Parish, was born the sixth child of twelve to August Meyers and Edna Meyers, nee Sonnier. He was raised on the family farm where, at an early age, the value of hard work and self-sufficiency was instilled in him.

He was a member of the _Greatest Generation,_ serving honorably and valiantly in the United States Army during World War II. He participated in Operation Overlord, and the subsequent liberation of Europe.

Milton was a successful small business owner, who during his retirement, grew a variety of fruit trees and magnificent vegetable gardens. He always shared the bounty of his produce with family and friends. Until he was no longer physically able, he faithfully devoted much of his time and attention to his elderly and ill family members and friends. He also enjoyed the live performance of local Cajun bands, restoring antique tractors, and training and racing quarter horses. He will be missed by all who knew and loved him.

His family wishes to thank his special caregivers at Maison de Lafayette, Hospice Compassus, and the Doctors and Nurses at Lafayette General Medical Center.

To order memorial trees or send flowers to the family in memory of Milton Meyers, please visit our flower store.