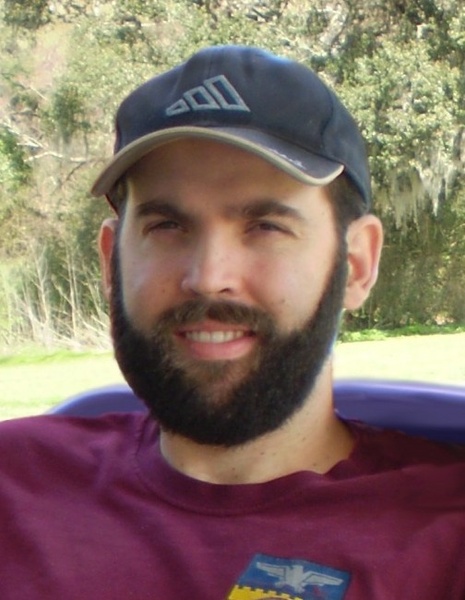 Nathan "Nate" Carter Dodd, 43, of Lafayette, LA, formerly Antioch, CA died Thursday, April 22, 2021 in Lafayette, LA where he was living temporarily with his parents and younger sister while working on a tiny home van conversion. Nathan was born September 26, 1977 in San Diego, CA; he was raised in Lafayette, LA. Nathan was an Eagle Scout, worked as a youth soccer referee and was involved in Teen Court. He graduated from Louisiana School for Math, Science, and the Arts (LSMSA) in 1996 and graduated from the United States Air Force Academy in 2001. He became a KC-135 pilot and retired as an Air Force Captain. After his career in the military, he worked as a certified nursing assistant, nursing home activity director, manufacturing engineer, and Uber driver.

Nathan was a below the knee amputee who enjoyed pushing his running foot, biking foot, hiking foot to the limit. Nathan was a passionate outdoorsman who took pleasure hiking in any weather. He was an ultralight backpacker who hiked the entire Appalachian trail in 2010 and parts of the Pacific Crest and Continental Divide Trails in other years. He enjoyed trails and National Parks in the company of friends. He's known for his hobbies which he enthusiastically shared with everyone: riding his Onewheel, cooking, cycling, motorcycling, hang-gliding, swimming, climbing, camping, backpacking, chess, ping-pong, and any game you were up for playing. He was a passionate musician, always drawing people to sing along while he sang and played one of his musical instruments: piano, guitar, violin, harmonica, and ukulele. He also enjoyed composing and recording music. He was a teacher, mentor, and friend to many. He had a great sense of humor, was very patient, and is known for his meticulous planning and research related to hikes, events, and hobbies.

Visitation will be held at Living Glory Church 200 E Butcher Switch Rd in Lafayette, LA from 9 AM to 1PM on Saturday, May 1st with the funeral service starting at 1PM. The funeral will air on Facebook Live from the Living Glory Church Facebook page (https:// www.facebook.com/LivingGloryChurch). Burial will follow in Gallant Fields, the exclusive veterans section of Greenlawn Memorial Gardens.

To order memorial trees or send flowers to the family in memory of Nathan "Nate" Dodd, please visit our flower store.