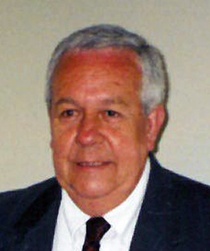 A Mass of Christian Burial will be held at 10:00 a.m. on Friday, February 27, 2015 at St. Elizabeth Seton Catholic Church for Norman “Johnny” Vincent, 74, who passed away on Tuesday, February 24, 2015.   Father Gary Schexnayder, Pastor of St. Elizabeth Seton Catholic Church, will officiate the ceremony.  Interment will take place at Highland Memorial Gardens in Lake Charles, LA.

He was preceded in death by his father, Cleveland Vincent; and one brother, Stephen Vincent.

Mr. Vincent was a parishioner at St. Elizabeth Seton Catholic Church, where he served on the Building and Finance Committee and helped develop the Ulster Project.  He was the first commissioner of the Acadian Pony League baseball organization, and also served as President of the Carencro High School Band booster club.  Norman served proudly in the United States Air Force, and went on to be employed at Domingue & Szabo Associates, Inc. for 42 years.

In his free time, he loved being with his family, and was always involved in his children’s lives and all that they participated in.

The family would like to extend special thanks to Dr. Michael S. Cain and his entire staff, as well as the 8th floor Oncology Staff at Lafayette General Medical Center.


To order memorial trees or send flowers to the family in memory of Norman Vincent, please visit our flower store.