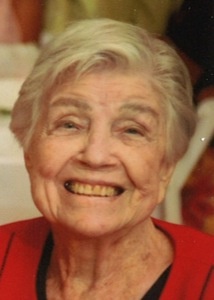 She was preceded in death by her husband Alcide Clement; her parents Albert and Alice (Daigle) Venable; and her siblings Berchman Venable, Bertha Venable, David Venable, Nita Hebert, and Leopold (Paul) Venable.

Odile was born on October 10, 1921 in Church Point, Louisiana, and was a resident of Lafayette for the past 62 years. She was employed by Gulfland Clothing Store and Walgreens Super Center. She was also a parishioner of St. Leo The Great Catholic Church.

To order memorial trees or send flowers to the family in memory of Odile Clement, please visit our flower store.