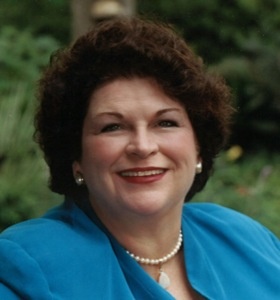 Patricia Rae Cashman Andrus came into this world on December 30, 1949, one of the first babies to be born at the newly opened Our Lady of Lourdes hospital. She entered eternal rest at that same hospital on Friday, August 20, 2010 at 11:00 PM.

Pat was the second daughter of James Aloysius _Pat_ Cashman, Jr. and Georgia Rae _G_Rae_ Fletcher Cashman. She came home from the hospital to the family_s newly built home engineered by her father and her uncle, John Cashman, of oilfield drill stem and rough hewn cypress. She and her two sisters grew up surrounded by loving parents and many cousins and friends playing in the pool her father built, and in the Girl Scout house where her mother was the den leader.

Pat attended Myrtle Place Elementary and Lafayette Middle, and graduated from Lafayette High in 1967. From there she entered LSU in Baton Rouge and graduated as the Outstanding Student in the College of Agriculture in 1971. Pat was the first house manager of the newly opened Alpha Phi sorority house on the LSU campus in 1970 and continued with involvement in alumni activities.

She met the man she chose to spend the rest of her life with in a Biology lab and they were married after graduation on August 21, 1971. Together they traveled through life_s roads, sometimes with potholes, sometimes with lots of smooth, scenic miles. That journey carried them through life bearing three children, traveling through the US, to Europe, Africa, the Caribbean and South America, to the three US coasts for the arrivals of their three precious grandchildren, and on the last stretch of the road through her final illness.

Her approach to life was filled with enthusiasm and straightforwardness. She always viewed situations as the glass being more than half full.

She completed her first Master's Degree in 1974 in Family Life Studies. She then worked for a number of years as an employment counselor assisting others to find meaningful jobs. She was involved with Nutrisystem as a counselor helping people reach their goals.

Pat developed the Mourning After Program for Martin & Castille Funeral Homes where she built a library of resource materials on grief, loss and bereavement. She edited a quarterly newsletter which provided information to the general public and to other professionals in the community. Her list of presentations, which she delivered to children, parents, community and widowed persons groups was quite extensive. She authored many articles concerning coping with loss and co-authored a chapter in a nursing text with Belinda Poor, R.N. Pat, along with her colleague Ida Nezey, presented grief and loss programs nationwide and went on to found Grief Education Group which provides grief and loss materials and presentations.

Pat was also active with Faith House and facilitated several staff trainings. For her many contributions to causes benefiting children in the area, she was selected as Faith House_s Woman of the Year and reigned over Faith House_s Queen_s Feast in 2002. She was a member of Forum, a Professional Women_s Organization, a former member of the Krewe of Victoria, and served on the Women_s Committee of the Krewe of Triton.

Never one to stay idle, Pat returned to college and completed a second Master_s Degree in counseling in December of 2008. For a brief time, she served as the elementary school counselor at the Academy of the Sacred Heart. She truly enjoyed her time at the Academy and described it as a spiritually rewarding and amazing experience with the students.

From her early career days as a kindergarten teacher in Iota to her later years of teaching in Child and Family Studies at the University of Louisiana at Lafayette, Pat nurtured and encouraged young minds to grow and think and create. She was a mentor and an inspiration to many of the students who continued to stay in contact with _Miss Pat_. She was a strong supporter of education and parental support of students and their schools as evidenced by having served as President of the Ascension Day School Parents_ Club and as Co-President with her husband of the Lafayette High Parents_ Club.

As her children were growing up and involved in school, 4-H, and other extracurricular activities, she supported them with enthusiasm, transportation and a constant supply of food and drinks, and by holding brushes, halters and buckets. She travelled with her children and husband to livestock and horse shows all over the states of Louisiana and Texas; and to the Arabian National Horse Show and the International Livestock show in Louisville, Kentucky.

Pat was active and deeply involved in her community and has served on the Boards of the American Heart Association and the Mayor_s Commission on the Needs of Women. She was honored as a Woman of Excellence in 1998 and was recognized by Blue Cross Blue Shield of Louisiana as a recipient of their Angel Award in 2003.

As one of the original founders of the Grief Center of Southwest Louisiana, which later became Healing House: Hope for Grieving Children, Pat brought forth a means and a place for children and their caretakers to work through the issues surrounding the loss of their loved ones. For the past 25 years, she dedicated much of her time and efforts to assisting those who have experienced loss and by allowing them to grieve in their own unique way. Even at the time of her death, her thoughts were of her beloved Healing House as she requested any memorials be sent to Healing House: Hope for Grieving Children, 101 Stewart St, Lafayette, LA 70501.

She was predeceased by her parents, her sister Helen _Poncho_ Cashman and her mother-in-law Thecle Mae Latiolais Andrus.

Her caring, compassion, laughter and love will be sorely missed by all who knew her. The world is a better place today because she gave so much of herself.

A funeral Mass at St. Patrick's Catholic Church, 406 E. Pinhook Rd. will be held on Monday at 10:00 AM. Father Keith LaBove will be Celebrant of the Mass and will conduct the funeral services. Musical selections by Amanda Fontenot will include "Gather Us All," "Ave Maria," "Here I Am Lord," and "Swing Low Sweet Chariot." Faye Drobnic will be the organist.
Interment will follow at St. Peter's Church Cemetery in Carencro, La.

To order memorial trees or send flowers to the family in memory of Patricia Andrus, please visit our flower store.