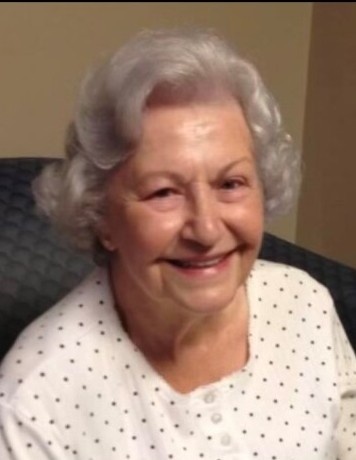 Patricia Ann Glenn Warner, 87, of Lafayette, Louisiana passed away on Wednesday, January 27, 2021.  A Celebration of Life Service will be held on Saturday, January 30, 2021 at 1:00 p.m. at Shultz Funeral Home with interment to follow at West Oaks Cemetery.

Patricia was born on July 3, 1933 in Jasper, Texas to James & Ruby Minyard Glenn.  Born and raised in Jasper, she resided in Port Neches and was the Cafeteria Manager at Port-Neches Groves High School for many years.  She is survived by her daughter Ruby Halter & husband Kyle of Lafayette, Louisiana; son Randy Warner & wife Lorna of Buna; brother Dickie Glenn & wife Brenda of Jasper; grandchildren Colby Burson, Logan Burson, Britny Burson Arnett, Nicole Redell, Cassie Hollier, Ashley Alford, Jason Halter & Lindsay Laviolette; as well as great grandchildren Kelsey, Bryston, Payton, James, Reagan, Olivia, Jack, Charlee, Waylon, Chandler, Cate, Case, Jax & Drew.  She is preceded in death by her husband Dwan W. Warner, parents Ruby Ledra Minyard Glenn, James Perry Glenn, sisters Sylvia Hayes and Janice Sheffield, a brother Rodney Glenn and a daughter Carolyn Courville.  Patricia, or most may know her as Nana, was a loving Mother, Grandmother, Great Grandmother and friend.  She was truly one of a kind.  She will forever be remembered by her positive attitude, her amazing chicken -n-dumplings, her love for sewing, and the will to fight till her last breath.  Patricia was not your ordinary 87 year old woman and left her mark here on Earth.

In lieu of flowers, memorial donations can be made to Beech Grove Baptist Church, 10008 Fm 777, Jasper, Texas 75951.  Condolences can be posted at www.shultzfuneralhomeofjasper.com or on Facebook at Shultz Funeral Home & Crematory.

To order memorial trees or send flowers to the family in memory of Patricia Warner, please visit our flower store.

No services to be held