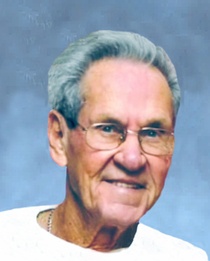 A Mass of Christian Burial will be held Tuesday, February 3, 2015 at 11:30 am in the Sunrise Chapel at Walters Funeral Home for Patrick Jules Broussard , 82, who passed away January 31, 2015 at Lafayette General Medical Center. Father Gary Schexnayder, pastor of St. Elizabeth Seton Catholic Church, will officiate the ceremony and conduct the funeral services. Lectors will be Shelley Moncrief and Denise Hebert; gift bearers, Delia and Sidney Broussard. Interment will follow the mass in Greenlawn Memorial Gardens.
Mr. Broussard is survived by his companion of 25 years Romona Hollier Benton of Lafayette; one daughter, Delia Broussard of Lafayette; one son, Sidney Broussard of Lafayette; two step-daughters, Denise Hebert and her husband John of Lafayette and Donna Gary and her husband Whitness of Lafayette; two step-sons, Brady Benton and his wife Angie of Scott and Robby Benton and his wife Rachel of Carencro; one sister, Rose Gauthier of Lafayette; one brother, Leo Broussard of Maurice; seven grandchildren and six great-grandchildren.
He was preceded in death by his first wife, Eloise Myers Broussard; his parents, Marie and Rene Broussard; and his son, Randy Patrick Broussard.
Patrick was a native of Maurice and resided in Lafayette for the past 80 years. He was proud to be a member of the United States Marine Corps, and served during the Korean Conflict. He was a member of the American Legion Post 401 and a Senior Golf Member at the Jay and Lionel Hebert Municipal Golf Course. During his lifetime, he was a self employed contractor and worked for Auto-Chlor for 25 years.
Pallbearers will be Nick Broussard, Robert Smith, Lance Credeur, Whitness Gary, John Hebert, Robby Benton, Brady Benton and Chris Smith. Honorary pallbearers include Leo Broussard, Bryan Lucy, Allen Roberts, Sidney Thibodeaux, EJ Gautreaux, and Sidney Benton.
The family requests that visitation be held Tuesday morning from 7:00 am until time of service. A rosary will be prayed at 9:30 am.

To order memorial trees or send flowers to the family in memory of Patrick Broussard, please visit our flower store.