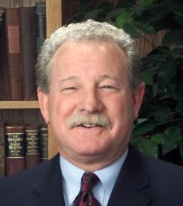 A Memorial Mass will be held Friday, May 30, 2014 at 4:00 pm in the Sunrise Chapel at Walters Funeral Home for Patrick Gauthier, 66, who passed away May 25, 2014. Father Gary Schexnayder, pastor of St. Elizabeth Seton Catholic Church will be the Celebrant of the funeral mass. Darrell Leger will serve as lector; Rebecca Gauthier and Kristin Roy as gift bearers. Colby Colomb and Bob Bennet will give eulogies. Lisa Colomb, soloist, and Rendell James, pianist, will perform "Precious Lord, Take My Hand", "To You, O Lord I Lift My Soul", "Ave Maria", "Softly And Tenderly" and "Amazing Grace".
Survivors include his wife Penny Gorce Gauthier; two daughters, Catherine Ryan Gauthier and Hannah Lea Gauthier (Keith Davenport); one son, Benjamin Logan Gauthier (Rebecca Dekle); two sisters, Barbara Nell Gauthier King (Phil) and Velma "Totsy" Gauthier Brownson (Kenneth); one brother, F. Neil Paul Gauthier; one sister-in-law, Anne B. Gauthier; and one granddaughter, Savannah Clare Gauthier.
He was preceded in death by his parents, C.J. and Florence Gauthier, and his brother Wendell H. Gauthier.
A native of Iota and resident of Lafayette for the past 41 years, Patrick was the president of Analytic Stress Relieving, Inc. He was a parishioner of St. Elizabeth Seton Catholic Church, and a proud veteran of the U.S. Army. He served during the Vietnam Conflict, earning the Purple Heart and Bronze Star medals, and was Vice President of the Vietnam Veterans Association in 1990.
Patrick believed in community organization as well. He was the President of Citizens of District A (CODA) in 1990, a group charged with assessing the concerns and needs of North Lafayette citizens, a past graduate of Leadership Lafayette (1991), and was instrumental in the organization of the first "Trash Bash" with Joan Williams in 1988.
Pallbearers for the service include Benjamin Gauthier, Neil Gauthier, Ken Brownson, Phil King, Stephen Roy, Andrew Gibson, Keith Davenport, and George "Winky" Danenberg.
Visitation will be held from 1:00-4:00 pm on Friday afternoon. Following the Mass, a reception will be held to celebrate the life of Patrick in the Reminisce Room at Walters Funeral Home.
Patrick asked that memorial contributions be made to the Wounded Warrior Project, PO Box 758517, Topeka, KS 66675.

To order memorial trees or send flowers to the family in memory of Patrick Gauthier, please visit our flower store.