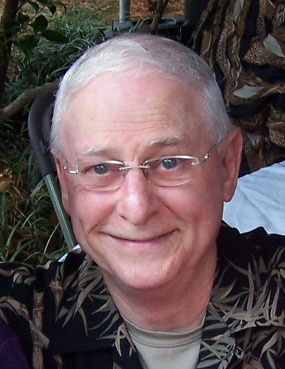 Funeral services will be held on Tuesday, May 11, 2021 at 2:00 p.m. in the Sunrise Chapel at Walters Funeral Home for Patrick J. Pastor, Sr., 87, who passed away on Friday, May 7, 2021.  Father Steve LeBlanc will officiate the funeral ceremony.  Interment will be in Calvary Cemetery immediately following the service.

Pat burst onto the Lafayette scene when boxing was king in Lafayette. He began at Cathedral High School and made varsity by 8th grade. His first championship win was in 1950 at 110 pounds. His best season came in 1952, when he won the 125 pound class achieving the Brink Trophy.  Pat was nominated into the Louisiana High School Boxing Hall of Fame in 2014.

Pat opted not to pursue a career in boxing and started at SLI in business administration. During this time, he met his wife of 64 years. As he states when he first saw her all he could say was, “ I yiyi yiyi.”

Upon graduation from SLI in 1956 Pat took a job as a bookkeeper for the Petroleum Club and thus began his training in the restaurant business. He then went on to manage Don’s Restaurant of Shreveport and the Town House Club of Lafayette.  It was during this time that Pat and Maugie began their joint restaurant career with Maison de Acadienne, Chez Pastor, Call us Cajun of Florida, and finally retired to T Frere’s Bed and Breakfast. During this lifetime of hospitality Pat could usually be found telling a “story” or a joke and making everyone laugh, all the while managing the business in the back of the restaurant/club.

Pat was also generous with his time and community service. He assisted with the St. Jude Telethon in its early years.   He served on Lafayette Board of Tourism, and the board of directors for the Louisiana Restaurant Association.  Pat initiated the Bayou Food Festival in 1977 which later merged with the CODOFIL Music Festival to become Festival Acadiens. Pat was also an active member of St Pius X Catholic Church as an usher and eucharistic minister.

The secret to Pat’s happiness. Ecclesiastes 4:9-12 Two are better than one, Papa was the Heart, Gigi is the organizer, and with God a cord of three strands is not quickly broken. 1 +1 = 10. His love is the glue that kept a large family together.

Pat has joined his parents, all his siblings and three sons at the pearly gates with one of his legendary Boudreaux and Thibodeaux stories.

To order memorial trees or send flowers to the family in memory of Patrick Pastor, Sr., please visit our flower store.