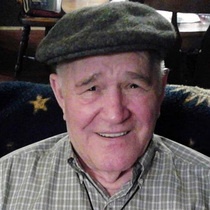 Father Gary Schexnayder, pastor of St. Elizabeth Seton Church will be the Celebrant of the funeral mass and will conduct the funeral services. Interment will follow in Greenlawn Memorial Gardens.

He was preceded in death by his parents, the former Amelita Bearb and Walter Hebert, Sr.

Visiting hours will commence at 9:00 am Tuesday morning.

To order memorial trees or send flowers to the family in memory of Percy Hebert, please visit our flower store.