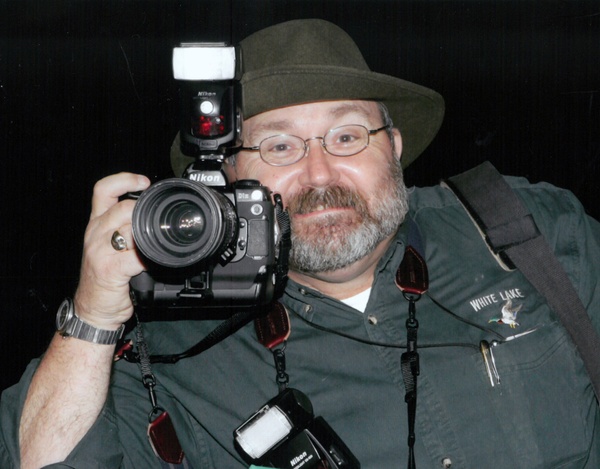 A Mass of Christian Burial will be held Saturday, January 29, 2022 at 11:00 am St. Elizabeth Seton Church for Peter Charles Piazza Jr., 71, who passed away on January 20, 2022 surrounded by his family. Monsignor Russell Harrington will celebrate the funeral Mass. Lectors will be Riley Clare Valentine and Amy Hanks; gift bearers will be Lynn Miller, Elijah Piazza and Rozalie Marceaux.

Visitation will be held on Friday, January 28, 2022 from 3-8 pm, and resume Saturday morning at 8-10:30 am. Recitation of the rosary will be held Friday evening at 6 pm. The family asks that masks be worn at all services.

He attended St. Stanislaus School in Bay St. Louis, Mississippi, and graduated from Abbeville High School, where he began taking photographs early on after finding his gift and love of his art with a Brownie camera given to him by a family member. Peter attended Northwestern State University, where he further honed his photography and darkroom skills. He worked at an early age at the Abbeville Meridional newspaper before hiring on at age 21 with The Daily Advertiser. It was there that he spent most of his photography career over two stints, working as a videographer for KLFY Channel 10 for two years in between.

While photography was his professional calling, Peter’s love on and off the job was meeting Acadiana’s people and hearing their stories, always seeing the unique and unusual in everyday things. It was not uncommon for him while driving to and from work assignments or personal trips to suddenly make a U-turn to capture a photograph of something that caught his eye. Celebrated with numerous awards and recognitions for his talents, he cherished most his photo shoots with Mother Theresa, Pope John Paul II and several political notables over five Presidential Conventions. He considered his most difficult assignments the many natural disasters he covered.

Peter was also a gifted gardener, able to grow almost anything in his backyard. He enjoyed growing fruits, vegetables and flowers, and had many producing fruit trees. He was a member of the Louisiana Society for Horticulture Research (LSHR) for more than 30 years.

Peter also volunteered on numerous occasions for various Acadiana organizations and causes, including Anything Pasta-ble, telethons, and Miles Perret and Arts of Acadiana events. It was in those times and others that he passed by example his servant spirit and heart to his children and grandchildren. Asked their greatest adventures and lessons with their Dad, Peter’s children would say camping, learning to shoot, being checked out of school to tag along on photo shoots he knew they would love and learn from, and experiencing helicopter rides on his job.

A heartfelt appreciation is extended by the Piazza family to all who cared for Peter in his time of medical needs:  friend and caregiver Terri LeBlanc; Dr. Vernon Valentino, Stella Prejean, Dr. Kenneth McCarron, Dr. John Martin, Dr. Anthony Blalock, and Heart of Hospice Nurses Mary and Kent.

Memorial contributions in lieu of flowers are welcomed in Peter’s name to The Carmelite Monastery, 1250 Carmel Drive, Lafayette, LA, 70501.

To order memorial trees or send flowers to the family in memory of Peter Piazza, Jr., please visit our flower store.