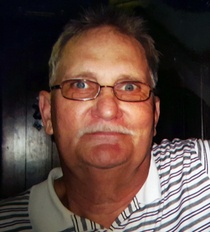 Funeral services will be held Thursday, November 19, 2015 at 2:00 pm in the Sunrise Chapel at Walters Funeral Home for Randall Bush, 68, who passed away November 15, 2015 at his residence. Deacon Keith Duhon of Our Lady of Wisdom Catholic Church will conduct the funeral services. Lectors will be Jason Bush and Jourdia Matherne. Inerment will follow the service in Greenlawn Memorial Gardens.
Survivors include wife, Riette Bush of Maurice; his children Kristen Bush Mouton of Maurice and Jason (Jennifer) of Breaux Bridge; his brother, Robert Bush (Karen) of New Caney, Tex.; and two grandchildren, Lydia Bush and Braxton Mouton.
He was preceded in death by his parents, Robert Bush and Joeanne Bush Mills; and one sister, Carol Bush.
Randall was a native of Houston and longtime resident of Maurice. He was employed by Frank's Casing Crew for 17 years prior to his retirement as a Quality Assurance Manager. He was a member of the American Welding Society. He will be missed dearly by family and friends.
Pallbearers will be Jason Bush, Robert Bush, Tony Allen, Brian Smelker, Joel Wallins, and Newton Elberson.
The family requests that visitation be held Thursday from 10:00 am until the time of service.

To order memorial trees or send flowers to the family in memory of Randall Bush, please visit our flower store.