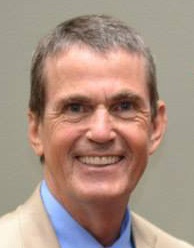 He was preceded in death by his parents, Gloria and John Weimer, Jr;  his first wife, Deborah Becnel;  one sister, Mary Weimer Heaton;  one brother, Gregory “Tootie” Weimer;  and one sister-in-law, Kathy Lejeune Weimer.

Richard served as an Assistant District Attorney for the 15th Judicial District, and was a member of the National Rifle Association and Colt Handgun Collectors Association.  In his free time he was an avid Harley rider.

Visitation hours will be observed on Tuesday, August 2, 2016 from 3:00 pm until time of service.

The family requests that memorial contributions be made in his name to Lafayette Animal Aid, 142 Le Medicin Road, Carencro LA, 70520.

To order memorial trees or send flowers to the family in memory of Richard Weimer, please visit our flower store.