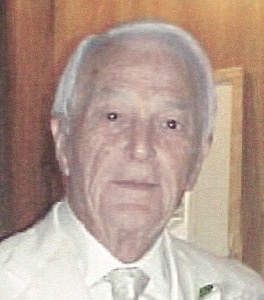 He was preceded in death by his parents, Grace and Robert Cross; his first wife and mother of his son, Lois Cross; his second wife, Mary Frank Shotwell; one sister, Barbara Arwood; and one nephew, Dr. Robert A. Smith.

Mr. Cross was born January 1, 1925 in Lott, Texas. He was a member of the United States Navy, serving during World War II, where he was stationed in both Australia and the Philippines. After returning from war, he signed with the St. Louis Browns to play professional baseball. He eventually settled in Odessa, Texas for nearly 50 years before moving to Lafayette, Louisiana. Over the years, he was employed by Sinclair Oil and Gas/ ARCO for 13 years, and Sharp Drilling for 18 years.

_Bob_ was a member of the Masonic Lodge in Troup, Texas for over 50 years. In his free time he was an avid golfer, and thoroughly enjoyed attending Houston Astros baseball and Dallas Cowboy football games, frequent IHOP outings, and spending time with his friends and family.

To order memorial trees or send flowers to the family in memory of Robert Cross, Jr., please visit our flower store.