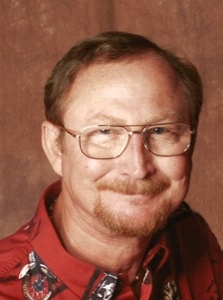 Robert passed away on August 20, 2010 at St. Martin Hospital in Breaux Bridge, LA.

He is survived by his wife Barbara Pigron Tucker; one step-son, Daniel J. Leal and his fiancee Monica of Cankton; his mother Celesta Ann McSwain of Hillman, GA; one sister, Melody McCallum and her husband Robert of Alpharetta, GA; one brother, Jeff McSwain and his wife Cindy of Douglasville, GA; and four nieces and nephews.

He was preceded in death by his step-father, Thadeus McSwain.

Robert was born January 28, 1950 in Jefferson County, Alabama. He honorably served in the United States Navy and was awarded the National Defense Service Medal. Robert worked as an ATM technician for C & A Associates. In his free time he enjoyed riding his motorcycle with his buddies and fishing. He also enjoyed spending time with his family, friends and his "Kit Kits'" Booger and Sassy.

To order memorial trees or send flowers to the family in memory of Robert Tucker, please visit our flower store.