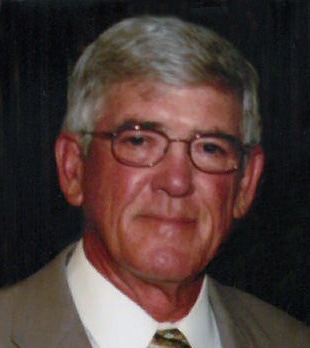 Robert Eugene “Bob” Puckett, age 74, peacefully entered into his eternal rest on Thursday, November 14, 2019. A Mass of Christian Burial will be celebrated on Tuesday, November 19, 2019 at 2:00 pm in the Sunrise Chapel at Walters Funeral Home. Father Gary Schexnayder will officiate the mass and conduct the funeral services.
Visiting hours will be observed on Tuesday from 11:00 am until services at Walters Funeral Home.

Born in Oklahoma City, Bob (or Bobby as he was also known) moved often throughout his childhood due to his father’s job in the auto industry.  He attended high school in Jackson, MS and Memphis, TN, and earned his Bachelor’s Degree in mechanical engineering from the University of Alabama.

He started his career in New Orleans, moved to Lafayette shortly thereafter, and eventually settled down in Carencro which became home for the past 42 years.   After spending many years working with Fisher control valve products at John H. Carter Co., Bob became well respected in the oil and gas industry as an expert in the design and application of control valves and instrumentation.  This technical expertise, along with his hard work and dedication, led to starting his own company, Control Products of Louisiana, Inc (CPL), which he successfully operated from 1988 until its sale in 2000. He was also part owner of Mainline Machine Inc which is still in operation today.

Bob was a natural athlete with a fiercely competitive spirit. He excelled in football and baseball in his younger years and later in golf, which he played for most of his life winning numerous tournaments. However, his biggest passion was fishing, particularly bass fishing.  Over the years many family memories were made at his fishing camps in Butte La Rose and Toledo Bend.

Bob was quickly converted to an LSU fan after meeting his wife in Louisiana, and the two of them spent many years attending LSU football games together with family and friends. He was a member of St. Elizabeth Seton Catholic Church where he and his wife attended church for many years. He had a witty sense of humor and a knack for telling stories in a way that would almost always evoke laughter, which is a special gift indeed.  He will be deeply missed.

He was preceded in death by his parents, the former Katherine “Kaye” Maynord and Elmo Rowland “Bud” Puckett.

The family offers its many thanks to the loving support, concern, and prayers of friends and family, and requests that in lieu of flowers, memorial donations be made to Lafayette Lions Club, P.O. Box 2361, Lafayette, LA 70502; or NAMI Acadiana (the local affiliate of National Alliance on Mental Illness), P.O. Box 51903, Lafayette, LA 70505.

To order memorial trees or send flowers to the family in memory of Robert "Bob" Puckett, please visit our flower store.