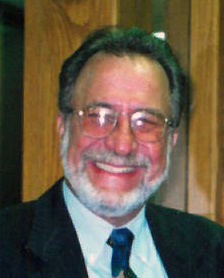 Robert Earl "Bobby" Castille passed away June 11, 2022 at his residence in Lafayette. He was 82 years old.
A private committal was held in Calvary Cemetery on Friday, June 17, 2022.
Survivors include his wife, Peggy Castille of Lafayette; his two children, Robin Ann (Corey) Martin of Breaux Bridge and Joey Lee (Cindy) Castille of Covington; three half-sisters, Beckie (Bob) Johnson of Carencro, Annette Guidry of Carencro, and Daisy Castille of Lafayette; one brother, Carroll Castille of Lafayette and half-brother Ricky (Theresa) Castille of Carencro; four grandchildren; and two great-grandchildren.
He was preceded in death by his parents, Evelyn and Louis "Snook" Castille; his son Shannon Castille, and sister Martha Castille.
Bobby was a native of Lafayette and lived here his entire life. He worked at Castille's Marble and Granite Company and served on the Lafayette City Council for eight years. He was a member of the Northside Backers Club the Rotary Club North.
Leave words of condolence for the family by clicking on the "Guestbook" tab above.

To order memorial trees or send flowers to the family in memory of Robert "Bobby" Castille, please visit our flower store.