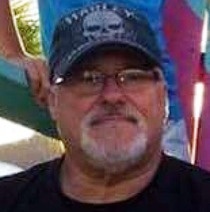 A Celebration of Life will be held at a later date for Rodney “Butch” Alleman, 63, who passed away on April 1, 2017.  He was a resident of Scott, Louisiana.

He was preceded in death by his parents, Bernice Boullion Roger and Henry Alleman; his step-father, Aldus Roger;  one daughter, Bonnie Bernice Bork;  one sister, Barbara Nell Breaux;  and two brothers-in-law, Arthur Veazey and Steve Wriborg.

To order memorial trees or send flowers to the family in memory of Rodney "Butch" Alleman, please visit our flower store.