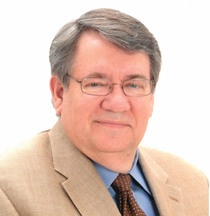 Funeral services will be held Monday, May 23, 2016 at 2:00 pm  in the Sunrise Chapel at Walters Funeral Home for Roger Dale Burchett, 67, who passed away May 20, 2016 at Lafayette General Medical Center.
Reverend Allan Myers will officiate the funeral services. Nathan Sam, organist and soloist, will provide musical selections. Interment will follow in Gallant Fields, the exclusive veteran's section of Greenlawn Memorial Gardens.
Survivors include his wife, Ina J. Burchett of Lafayette; two daughters, Melissa (Kevin) Marks of Gonzales and Heather (Michael) Hebert of Maurice; one sister, Melody Barbieri of Bardstown, KT; two half-sisters, Nancy Gerald of Science Hill, KT and Shirley Robertson of Russell Springs, KT; one brother, David (Alida) Burchett of Altus, OK; and three grandchildren, Sarah Marks, Chloe Hebert, and Ryder Hebert.
He was preceded in death by his parents Buford and Delphia Burchett, and one sister, Nancy Dossett.
Roger was a native of Russell Springs, KT and resident of Lafayette for 36 years. He loved his country, and served in the United States Air Force during the Vietnam Conflict. He later became a proud member of the American Legion Post 69.
He was a gifted mechanic and could fix nearly anything. During his career he worked for Petroleum Helicopter for over 35 years before his retirement.
Roger was a loving family man. He was devoted to his wife for 46 years, and was a wonderful dad and Popie to his three grandchildren. Some of his pastimes included working in his yard and music appreciation. He played drums for many years.
But most importantly, he was a true example of a godly man. He was a member of the Gideon Lafayette Camp and of Crossroads Church. He was a kind man who was friendly to all, and will be remembered as a true United States patriot who loved life and loved to laugh.
Pallbearers will be Larry Trainor, Joe Thomas, Todd Dossett, William Marks, David Hebert, and Mike Dartez. Honorary pallbearers include Bill Schnuck, Matthew Barbieri, Ray Silvertooth, Son Nguyen, Robert Mouton, and Kevin Miller.
The family requests that visitation be held Sunday afternoon from 5:00 - 9:00 pm, and resume at 11:00 am Monday morning until time of service.
Memorial contributions can be made in Roger's name to the American Legion Post 69, 1501 Surrey St., Lafayette, LA 70501.
Words of condolence may be expressed online at www.waltersfh.com.
Walters Funeral Home, 2424 N. University Ave., Lafayette, LA 70507; 337.706.8941 is in charge of arrangements.
To order memorial trees or send flowers to the family in memory of Roger Burchett, please visit our flower store.