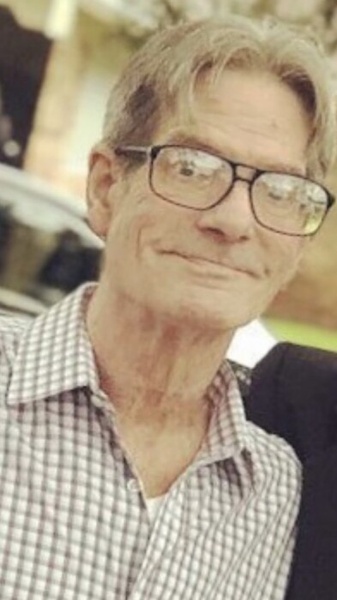 Russell Charles Bertrand, better known as "Russ" or "Rusty", passed away on August 30, 2021. He was 67 years old. Due to the current Covid-19 spike in our area, his memorial service and interment will be postponed.
Russ was born on October 17, 1953 to Lucien C. Bertrand, Jr. and Dorothy V. Howe Bertrand. He was a smiling, friendly child with a huge, giving heart-- traits he carried all his life. Rusty’s early interest was baseball. He was an avid New York Yankees fan and baseball card collector. Most of his days were spent playing baseball in his front yard with his brothers and neighborhood friends. As a teen Rusty picked up an interest in music which would become his life’s vocation. Rusty was a fixture at Raccoon Records and a professional audiophile.
Rusty was a graduate of Cathedral Carmel High School and attended the University of Southwestern Louisiana.
Rusty is survived by his son, Michael Bertrand and wife Katherine of Baton Rouge; grandson, Turner Forrest Bertrand; sister, Sandy Bertrand Blanchard (Fred), two brothers, Dan Bertrand (Sophie) of Albuquerque, Don Bertrand (Kathy Kocurek) of Lafayette; cousin Denise Isaacs of Shreveport; numerous nieces and nephews; and Michael’s friends Bryan Babineaux and Robert Smith, whom he loved as his sons.
He was preceded in death by his parents Lucien and Dorothy Bertrand and brothers William Bertrand and Todd Bertrand.
In lieu of flowers the family asks that donations be made to Audubon Hospice, 221 Rue De Jean, Ste. 201, Lafayette, LA 70508 or the Tommy Comeaux Memorial Endowed Fund for Traditional Music at the University of Louisiana, Lafayette, PO Box 43410, Lafayette, LA 70504.
The family would like to praise and thank the staff at Audubon Hospice for their loving care; the family at Walters Funeral Home for their professionalism and kindness, and Denise Isaacs for her constant friendship, love and dedication to Rusty during his transition.

For meaningful gifts of sympathy, visit our bereavement store at www.giftshopatwalters.com.

To order memorial trees or send flowers to the family in memory of Russell "Rusty" Bertrand, please visit our flower store.

Family to do services at later date