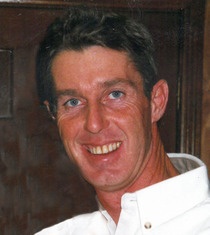 Funeral services will be held at 1:00 p.m. Sunday, October 16, 2016 in the Sunrise Chapel at Walters Funeral Home for Scott Guillory, 56, who passed away Friday, October 14, 2016.   Father Michael Arnaud, Pastor at Assumption of The Blessed Virgin Mary Church in Mire, LA, will officiate the ceremony.

Interment will immediately follow the service in St. Ann Cemetery in Mamou, LA.

He was preceded in death by his mother, Deanna Guillory; his maternal grandparents, Finea and Hampton Fuselier; and his paternal grandfather, Voicy Guillory.

In his spare time, he enjoyed hunting, spending time with his friends and family, and was actively involved in his children’s sporting activities for many years.

The family would like to extend special thanks to Wanda Robin and Linda Delahoussaye, Heart of Hospice, and Acadia St. Landry Guest Home.

To order memorial trees or send flowers to the family in memory of Scott Guillory, please visit our flower store.