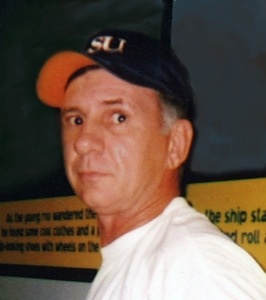 Funeral services will be held at 2:00 p.m. on Thursday, September 15, 2011 in the Sunrise Chapel at Walters Funeral Home for Sidney C. Kibodeaux, 55, who passed away on Monday, September 12, 2011. Interment will take place at Greenlawn Memorial Gardens.

Sid worked for Saint Agnes Nursing Home in Breaux Bridge and looked forward to going to work every day because he considered staff and guests his extended family. He also worked for Eric LeBlanc of Breaux Bridge, and A-1 Electrical of Rayne.

Anyone who was fortunate to know Sid can_t think of him without smiling or laughing. He brought laughter and loyalty to everyone around him. Sid loved fishing, LSU, and the Saints equally. His dogs and all of his children were what drove him to fight a courageous battle. Sid was a native of Rayne, where he boxed for the Frog Capital Boxing Club. The world would be a happier, funnier, simpler place if everyone had a Sid (Paw). His battle of courage and strength has been a gift to us all.

In Sid_s honor, please give your time and gifts to the Miles Perret Center and Hospice of Acadiana for the invaluable care and love that they give not only to our loved ones, but to us as well.

To order memorial trees or send flowers to the family in memory of Sidney Kibodeaux, please visit our flower store.