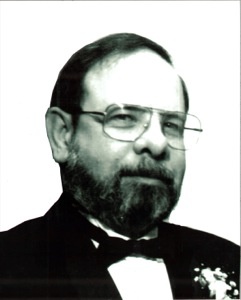 A Mass of Christian Burial will be held on Saturday, April 14, 2012, 10:00 am, at St. Elizabeth Seton Catholic Church for Siguard E. Simpson, III, 68, who passed away on April 6, 2012. Father Millard Boyer, Chaplain of Lafayette General Medical Center, will conduct the mass and funeral service. Following the services, inurnment will take place in St. Peter Cemetery in Carencro, LA.
He is survived by his wife Bonnie A. Simpson of Sunset, LA; two daughters, Colleen Charles and her husband David of Destrehan, LA, and Kelly Hebert of Huntsville, TX; one son, Siguard E. Simpson, IV, and his wife Stacy of New Orleans, LA; one sister, Sister Mary Hilary Simpson, OP, of Pontchatoula, LA; one brother-in-law, Jules Abadie of Lafayette, LA; one sister-in-law, Phyllis Abadie of Melbourne, FL; and six grandchildren, Emily Hebert, Sarah Hebert, Nicholas Charles, Christopher Charles, Samuel Simpson and Kristina Lotz.
He was preceded in death by his parents, the former Beatrice Vitrano and Siguard E. Simpson, Jr.
A native of New Orleans and resident of the Lafayette area for 15 years, Sig III, (as he was known to many) was an amazing husband, a wonderful father, a doting grandfather and loyal friend to so many people. He never met a stranger, and was always there for people in their time of need. He was employed as an accountant by PHI, Inc., and was a parishioner of St. Elizabeth Seton Catholic Church.
The family requests that visitation be held at St. Elizabeth Seton on Saturday, April 14, 2012 from 9:00 am until time of service. Memorial contributions can be made to The Healing House, Hope for Grieving Children, PO Box 3861, Lafayette, LA 70502; or The American Heart Association, 139-B James Comeaux Rd. #596, Lafayette, LA 70508.

To order memorial trees or send flowers to the family in memory of Siguard Simpson, III, please visit our flower store.