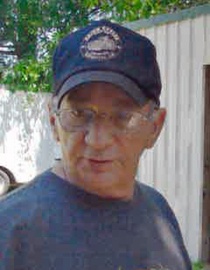 Funeral services will be held June 5, 2015 at 2:00 pm in the Sunrise Chapel at Walters Funeral Home for Steven Arthur David, 63, who passed away June 4, 2015 at his residence. Deacon Jim David will conduct the funeral services. Lectors will be Dianne Broussard and Jason David. Entombmenet will follow in Greenlawn Memorial Gardens.
Steve is survived by his wife, the former Sandra Broussard; two sons, Steven Arthur David, II and his companion Larissa of Arnaudville and Jason Paul David and his wife Addie of Scott; one daughter, Ashley Thibodeaux and her husband Chad of Scott; one sister, Annette David of Midland TX, one brother, Joseph David of Scott, and six grandchildren.
He was preceded in death by his parents, Sidney and Winona Landry David.
The family requests that visitation be held Friday from 8:00 am until time of service.
To order memorial trees or send flowers to the family in memory of Steven David, please visit our flower store.