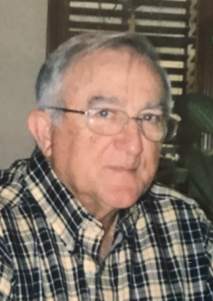 Funeral services were held on Monday, October 9, 2017 for Steven J. Duhon, Sr., who passed away on Saturday, October 7, 2017 surrounded by his loving family.  Deacon Nelson Schexnayder officiated the ceremony.  Interment was held at Greenlawn Memorial Gardens.

He is preceded in death by his parents, Marie and Beo Duhon, and two sisters, Germaine Ledoux and Maudry Conner.

Mr. Duhon was a member of the Knights of Columbus, and in his free time he loved the outdoors, was an avid fisherman and hunter, and enjoyed golfing with old friends.

The family extends their thanks to Heart of Hospice and his nurse Laura Greenway, and to the caregivers who helped so much in their time of need: Rita, Jackie, Ann, Kat and Jennifer.

Walters Funeral  Home was in charge of funeral arrangements.

To order memorial trees or send flowers to the family in memory of Steven Duhon, Sr., please visit our flower store.