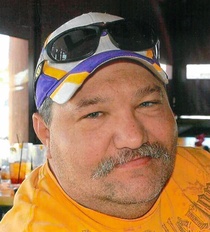 A private family service will be held at a later date for Steven Paul Roberts, 41, who passed away at his residence on Saturday, June 11, 2016.
He is survived by his mother, Judy Dougherty;  his father, Allen “T-boy” Paul Roberts and his wife Ann;  two sisters, Tanya Talbot and her husband Scott, and Crystal Thibedeaux;  one brother, Jeramey Dougherty and his wife Rachal;  ten nieces and nephews, Ashley, Hannah, Seth, Holden, Raivyn, Kaia, Ashley, James, Jessie, and Jordan;  two step-daughters, Brandy Walls and Ashtin New, and their five children.
Steven was employed by Oceans Behavioral Hospital and Professional Wireline Rentals.

To order memorial trees or send flowers to the family in memory of Steven Roberts, please visit our flower store.