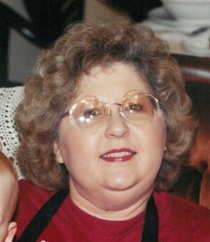 A private, family graveside service will be held at a later date for Susan Begnaud, 65, who passed away January 18, 2014 at Lafayette General Medical Center.
Survivors include her beloved husband, Donald James Begnaud of Lafayette; her daughter Jennifer Kelly and her husband John of Lafayette; her son Ross Edward Begnaud of Lafayette; two sisters-in-law, Barbara "Bobbie" Breaux of Lafayette and Priscilla "Pris" Begnaud of Carencro; three grandchildren, James Michael and Justin Lee Kelly of Lafayette, and Mae Cherie Begnaud of Arabi, La.; three nephews, Gary Breaux and his wife Tina of Duson, Aaron Begnaud of Carencro, and Henry Griggs and his wife Amanda of Carencro; and one niece, Shadonna Alleman Blankenship and her husband Sammy of Lafayette.
She was preceded in death by her parents, Norbert "Al" Alleman and Aimee Louviere Alleman; her son Robert Dale Begnaud; three brothers, Robert John Alleman, Glen Dale Alleman, and Kirk Joseph Alleman; and two brothers-in-law, Ted Breaux and Archie Begnaud.
Susan was a lifelong resident of Lafayette. She was the secretary at Universal Sign Company since 1969, and considered the family owners Kermit and Dewey Boudreaux and their families special friends.
Special thanks are given to Dr. Michael Cain and his staff at the Cancer Center of Acadiana, and the ninth floor oncology staff at Lafayette General Medical Center.

To order memorial trees or send flowers to the family in memory of Susan Begnaud, please visit our flower store.