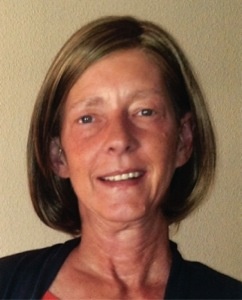 Funeral services will be held on Tuesday, November 27, 2012 at 4:00 pm in the Sunrise Chapel at Walters Funeral Home for Tammie R. Bordelon, who passed away at her residence on Sunday, November 25. She was 54 years old. Associate Pastor Rob Miller of Family Life Church will officiate the services. Karen Broussard, organist and soloist, will sing "Amazing Grace," "Here I Am, Lord," and "I Can Only Imagine."
Tammie is survived by her mother, Bonnie L. Raney of Vaiden, MS; one sister, Debbie Sonnier and her husband David of Lafayette; two brothers, Jackie Collins and his wife Evon of Tuscaloosa, AL, and Mike Collins of LaPorte, IN; four nephews, Josh and Tyler Sonnier of Lafayette, Danny Collins and his wife Kristi of Oxford, MS, and Tim Collins and his wife J.J. of Oxford, MS; great nieces and nephew Morgan, Cofield and Owen Collins of Oxford, MS; her former husband Ronnie Bordelon of Rayne; her dear friends Diane Billeaud, Connie Fleniken and Sonya Hebert; and numerous friends who were there for her during her time of need.
Visitation will be held on Tuesday, November 27, 2012 from 2:00 pm until time of service at Walters Funeral Home.
Honorary pallbearers will be David Sonnier, Josh Sonnier, Tyler Sonnier, Jackie Collins, John Hebert, Ronnie Bordelon, Tim Collins, Danny Collins and Harry Sparkman.
Special thanks are given to Dr. Salman Malad, Tonya, Laurie, and the entire staff at the Cancer Center of Acadiana; and Delana Hall and Jackie Ollinger of Southern Care for their kindness, compassion and loving care given to Tammie during her illness.
Memorial contributions can be made in Tammie's name to Southern Care, 109 Abigayle's Row, Scott, LA 70583.

To order memorial trees or send flowers to the family in memory of Tammie Bordelon, please visit our flower store.