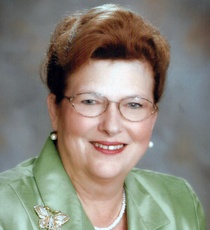 A Mass of Christian Burial will be held Thursday, December 15, 2016 at 1:30 at St. Charles Borromeo Church  for Teresa Parker Louviere, who passed away suddenly on December 11, 2016 in Katy, Tex. She was 66 years old. Father Derrick Weingartner, SJ, will be the Celebrant of the funeral Mass and will conduct the funeral services. Cherindia Manuel will be the lector for the mass; Madison and Avery Guidry will be the gift bearers. Interment will follow the funeral mass in Calvary Cemetery.

She was preceded in death by her parents, Louvinia and Buster Haley; and one grand-daughter, Haleigh Parker.

The family requests that visitation be held Wednesday, December 14, 2016 from 3:00 - 9:00 pm, and resume Thursday morning at 8:00 am until time of service. A rosary will be prayed at 7:00 pm Wednesday evening.
To order memorial trees or send flowers to the family in memory of Teresa Louviere, please visit our flower store.