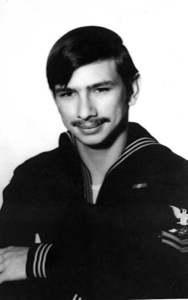 Terry W. Verret, 57, of Broussard, passed away on August 27, 2010 at the Veteran's Memorial Hospital in Pineville. Graveside services will be held on Monday, August 30, 2010 at 2:00 pm at the Broussard Family Cemetery in Youngsville, Louisiana. Terry was born on July 8, 1953. He was a native of Lafayette and a resident of Broussard for the past 30 years.

He is preceeded in death by his father, David Verret; and one brother, Francis Verret.

The family would like to give special thanks to Dr. Tan and his staff at the Veteran's Hospital in Pineville.

To order memorial trees or send flowers to the family in memory of Terry Verret, please visit our flower store.