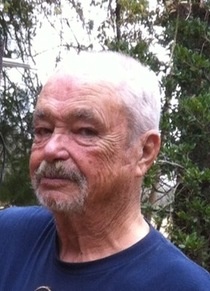 Private, family services will be held at the Louisiana National Cemetery in Zachary, LA for Thomas William "Tom" Bensinger, 73, who passed away peacefully at The Carpenter House on Sunday, July 24, 2016.
Tom is survived by his daughter, Holly Miller (Scotty) of Sunset; two stepsons, James Miller of Canton, TX and Kevin Miller (Chae) of Bradenton, FL; two grandchildren and five step-grandchildren.
He was preceded in death by his parents, Viva Heath and Joseph Bensinger; and one sister, Mary Jo Sanners.
Tom was born on December 1, 1942 in Meadville, Pennsylvania and lived in Louisiana for 20 years. He was a proud member of the United States Air Force, and served his country honorably during the Vietnam Conflict.
Honorary pallbearers for the service will be Scotty Angelle, Michael Lucas, Mike Netto, Kevin Miller and James Miller.
The family extends its sincere thanks to Melanie Lemoine, Charlotte Aall and the entire staff of The Carpenter House for their guidance, care and compassion during Tom's transition. Also, a special thanks is given to Ashley Sharpe, one of Tom's best friends.
Memorial contributions can be made in Tom's name to St. Joseph Hospice Foundation, 923 W. Pinhook Rd, Lafayette, LA 70503.

To order memorial trees or send flowers to the family in memory of Thomas Bensinger, please visit our flower store.