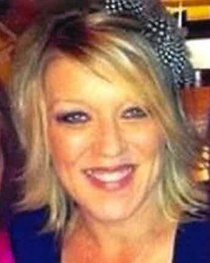 She is survived by two daughters, Danielle Benoit and her husband Brian Harris of Lafayette, and Autumne Benoit and her fiancée Luke Jackson of Broussard;  her mother, Betty Spell of Broussard;  her father Leonard Smith and his wife Gale of Gueydan;  two sisters, Kimberly Helmick and her husband Robert of Lafayette, and Michelle Ardoin and her husband Ron of Welsh;  one brother, Randy Smith and his wife Liz of Vidor, TX;  three grandchildren, Kaydence, Kiersten, and Kennedie Harris;  and three nieces, Chloe, Karinne, and Emmaleigh Helmick.

She was preceded in death by one daughter, Karein Joy Benoit;  her maternal grandmother, Marie Doe Cormier;  and her paternal grandparents, Clouya and John Smith.

Tiffanie attended Family Life Church, and was a founding member of The Last Day Harvest Outreach.  She was also an ordained minister with Full Gospel Ministries.

In her free time, Tiffanie enjoyed helping people, telling everyone about Jesus, ministering to the poor, and spending time with family and friends.

The family would like to extend special thanks to the staff at Lamm Hospice, and to everyone who donated to her campaign and supported her through her battle with cancer.
To order memorial trees or send flowers to the family in memory of Tiffanie Smith, please visit our flower store.