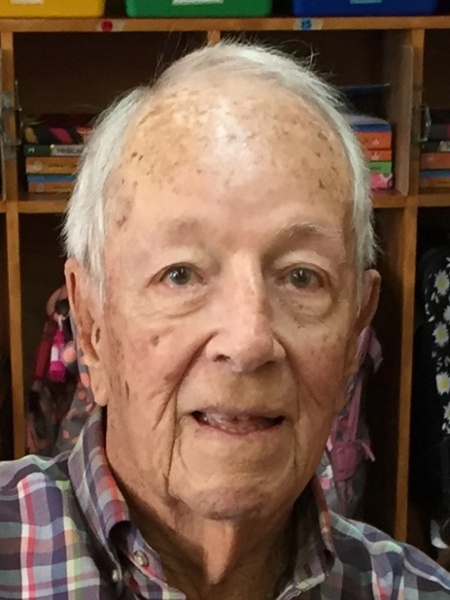 A Memorial Service will be held at 3:00 pm on Sunday, June 10, 2018 in the Sunrise Chapel at Walters Funeral Home for Vernon Richard, 96, who passed away on May 24, 2018. Father Gary Schexnayder will conduct the service. Visitation will be from 12:00 noon until the service.
He is survived by his son Chris and his wife Angela Guidry Richard and their two children, Ella and Nina; and  his daughter-in-law, Tammy Labat Richard, wife of the late Randy T. Richard, and their three children, Sam, Jacob, and Catherine.
He was preceded in death by his wife Ethel Miller Richard, his mother Ella Richard, and one son, Randy Thomas Richard.
Vernon was a native and lifelong resident of Opelousas. He proudly served his country in World War II with the Eighth Air Force, "The Mighty Eighth". He enjoyed golfing and spending time with friends and family, especially on his porch.
In his last act of selflessness, Mr. Richard donated his body to LSU Medical School for scientific research.
Words of condolence can be made to the family at www.waltersfh.com.
Walters Funeral Home, 2424 N. University Ave., Lafayette, LA 70507; 337-706-8941 is in charge of arrangements.

To order memorial trees or send flowers to the family in memory of Vernon Richard, please visit our flower store.