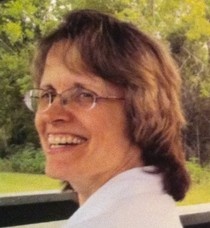 Funeral services will be held at 10:00 a.m. on Wednesday, January 27, 2016 in the Sunrise Chapel at Walters Funeral Home for Vonda Kennedy, 55, who passed away on Sunday, January 24, 2016.  Reverend Hilda Arredondo, of the National Divine Connection of Prayer, will officiate the services.  Interment will immediately follow the funeral service at Greenlawn Memorial Gardens.
Vonda is survived by her husband of 34 years, Steve Kennedy;  four daughters, Laura, Sarah, Ruth, and Esther Kennedy;  two sons, Samuel and Elijah Kennedy;  her mother, Virginia Van Hook of Mansfield, OH;  two sisters, Kathi Van Hook of Orlando, FL,  and Diana Steinmetz and her husband Mike of Port Washington, WI;  and one brother, Brad Van Hook of Mansfield, OH.
She was preceded in death by her father, George Van Hook.  In her free time, Vonda enjoyed reading, spending time with her children, and praying for the needs of others.  She loved all things cheerful and whimsical.  Pallbearers will be Steve Kennedy, Samuel Kennedy, Elijah Kennedy, and Brad Van Hook.  Visitation hours will be observed at Walters Funeral Home on Tuesday from 5:00 pm until 7:00 pm, and on Wednesday from 8:00 am until time of service.
The family would like to extend special thanks to Reverend Hilda Arredondo and her husband, Jose, for all of their prayers and help during this time.  In lieu of flowers, donations can be made to Please Pass The Bread at www.worldchallenge.org/donate
To order memorial trees or send flowers to the family in memory of Vonda Kennedy, please visit our flower store.